The salient features of Takin festival 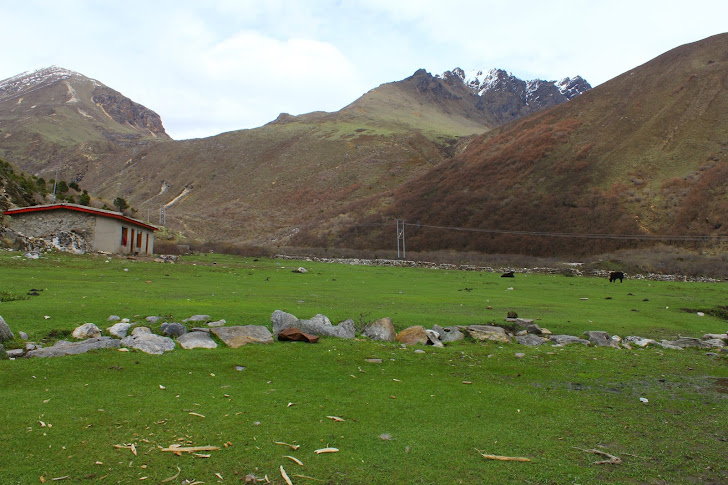 The first ever festival held at Lunguthang in Laya by Jigme Dorji National Park (JDNP) was rightly dedicated to honour the exotic and elusive national animal of Bhutan – Takin zoologically known as burdocas taxicolor. It is devot­ed to the Takin because the presence of healthy populations of this species in the country epitomizes Bhutan’s fervent support and commitment towards nature conservation. The legend says that this unique national animal of Bhutan is the noble creation of Lama Drukpa Kuenley (divine Madman) where he stuck the head of a goat into the body of a cow. The appearances of the animal adequately adduce the legends. The animal is also known to exist very rarely in the World and hence it makes valid to hold them in hearts.
"The appearances of the animal adequately adduce the legend that it was created by Lam Drukpa Kuenley miraculously"
While the visitors assessed the festival limiting their understanding only to the number of tourists present, there were many other silent benefits the carnival ushered, which any other normal onlookers failed to realize grossly. On the sidelines of the mesmerizing colours and festivity of the carnival, many beneficiaries could silently reap other indirect benefits.
Such benefits include the exotic experience for the officials who left behind the urban nuisances and ventured into the raw and unexploited nature in its true form. Director of Department of Forests and Park Services, Mr. Karma Dukpa in his last leg of the round trip rightly put, “It was a unique experience getting to know the diverse cultural and ecological heritage of the park. Such field based experience will enable us to formulate realistic policies.” During their more than 7 days journey on foot entering from Paro in the west and exiting from Gasa in the north, they encountered many flora and fauna species hosted by the park. Jigme Dorji National Park is only the place in the Country with all four national symbols viz; national animal – Takin (Burdocas taxicolor), national tree – Cypress (Cupressus torulosa), national flower – Blue Poppy (Meconopsis grandis), national bird – Raven (Corvus corax) within its jurisdiction.
"Jigme Dorji National Park is only the place in the Country with all four national symbols"
The festival also provided platform to show­case Bhutan’s rich natural heritage, convey advocacy on conservation of biodiversity, avenue for financial sustainabil­ity of the park. It also provided as means of alter­native income generation opportunities to park residents, specifical­ly the upland communities by putting up a variety of stalls for the visitors. The stalls displayed several cultural artifacts and textiles, yak and other dairy products, medicinal plants including cordyceps.
For instance, in two days of the festival, Wangchuk, the most educated farmer in Laya and the Gup aspirant for Laya gewog could make hefty 60,000/-. On sale inside his traditional yak herder tent stall were different woolen products, hardened yak cheese, local brew with dipped cordyceps, attractive highlanders jewelries skillfully crafted on silvers and other metals.
The educational stalls on cordyceps, mushrooms, livestock and researches, post harvest technologies, nature conservation and JICA in Bhutan by the different government institutions helped the communities and visitors derive wide range of farm related knowledge and information.
"Portering business of ferrying things on horses flourished well during the festival"
Portering business flourished well during the festival. With not much option in agriculture works due to unfavourable climatic condition, most nomadic communities survive on livestock. Ferrying huge number of baggage of officials on tour, logistic items of some half thousand participants of the festival and other loads offered ample opportunities for the owners of beast of burden. Dawa Nidup estimated the round trip earning to some Nu. 35,000/- and there were some 15 other peer porters.
Besides, the officials and local communities could interact each other intimately which enhanced and widened the understanding on the highlanders lives. Similarly, there were numerous other benefits which were worth bringing on limelight but were overlooked completely.